Skip to content
Dear Necon Campers (past, present, and future),
If this message seems vaguely familiar, quite frankly, it should. Christopher Golden wrote most of this copy a few years ago to solicit materials for the Necon Goody Bags, and it worked so well that we’ve pretty much just updated the dates and recycled it ever since!
Once upon a time, it was enough for us to contact the publishers, tell them about Necon, and ask them if they had any books they wanted to donate. That hasn’t worked in a very long time. For the past few years, we’ve written a little note like this one and every Necon Camper has reaped the rewards.
If you’re a publisher and you’d like to donate books, magazines, or promotional merchandise, that would be fantastic. If you’re an author or editor and would like to try to persuade your publisher to do the same, that’s wonderful as well.
Authors, if you’ve got that box of spare copies sitting around, send ’em along.
Remember, even though we cap attendance at 200, that doesn’t mean you need to have 200 copies to donate. The goody bags are always mix and match.
The official deadline for us to receive Goody Bag donations is (appropriately enough!) Friday, July 13th, 2018. Although let’s face it, that’s a soft deadline; if you write us in advance and ask to send your donations after the 13th, we’ll be more than happy to accommodate you. Please ship any materials you’d like to donate, including (but not limited to) books, bookmarks, magazines, and merchandise to —
Necon 38
ATTN: Goody Bags
365 Columbus Ave.
Pawtucket, RI 02861
Thanks and see you in July!
Sara Booth
Chairperson, Necon 38 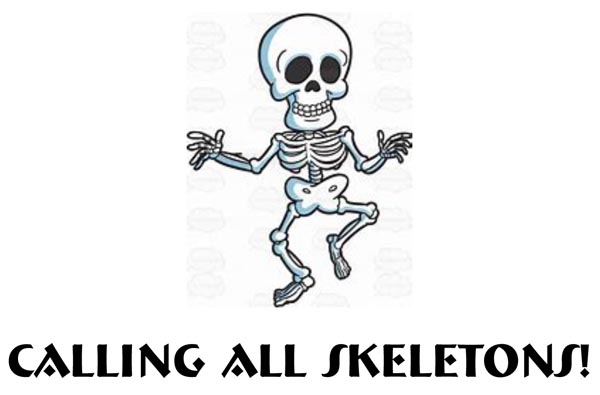 Camp Necon is just around the corner…

So the CALL IS OUT for volunteers!

Due to circumstances beyond her control, Sarah Pinborough will not be able to attend Necon 38 this summer. She sends her apologies, and she looks forward to joining us in the near future. On behalf of the entire Necon Family, we’d like to send Sarah our very best. Because of this late change to the dais, Necon will honor any refund requests we receive from Campers who have already registered.

But we’re not expecting to receive too many. Because out of chaos comes opportunity, and we’ve made the most of this one — Necon is thrilled to announce that HELEN MARSHALL has agreed to join us this summer at Necon 38 as a Writer Guest of Honor!

Helen Marshall is a Senior Lecturer of Creative Writing and Publishing at Anglia Ruskin University in Cambridge, England. She is also the general director of the Centre for Science Fiction and Fantasy there.

Her creative writing aims to bring the past into conversation with the present. After receiving a PhD from the Centre for Medieval Studies at the University of Toronto, she completed a postdoctoral fellowship at the University of Oxford investigating literature written during the time of the Black Death. Her first collection of fiction, Hair Side, Flesh Side, which won the Sydney J Bounds Award in 2013, emerged from this work as a book historian. Rather than taking the long view of history, her second collection, Gifts for the One Who Comes After, negotiated very personal issues of legacy and tradition, creating myth-infused worlds where “love is as liable to cut as to cradle, childhood is a supernatural minefield, and death is ‘the slow undoing of beautiful things’” (Quill&Quire, starred review). It won the World Fantasy Award and the Shirley Jackson Award in 2015.

She edited The Year’s Best Weird Fiction, volume 4 this year for Undertow Publications and her debut novel The Migration will be released by Random House Canada in February 2019.

Our sincerest thanks to Helen for accepting our invitation on such short notice, to Sarah for her continued support, and to all Campers for your understanding regarding this unexpected change. We look forward to seeing you all in July!

NECON 38 IS OFFICIALLY SOLD OUT!

We’re sorry-not-sorry to announce that we’ve already hit our capacity for Campers this summer.

However, there’s no limit upon Walk-In registrants, so please CLICK HERE and use the form to join us in that capacity (or simply pay at the door when you arrive).

Thank you for your understanding, and we look forward to seeing you this summer!

Thank you all again; we look forward to seeing you next summer!

Now I Lay Me Down to Sleep

Click Above to Browse a Collection of Titles by Necon Authors, Published by Crossroad Press